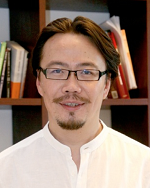 Dr. Li Yu is a professor in the School of Life Sciences, Tsinghua University. He received his Ph.D. from Peking University in Beijing and completed his postdoctoral training at National Institutes of Health, Bethesda. Research in the Yu laboratory focuses on migrasomes, which were discovered by his group in 2014.

Our lab discovered and named migrasomes in 2014. We found that during cell migration, retraction fibers are pulled from the rear end of cells, and large vesicular structures grow on the retraction fibers. When the cell migrates away, the retraction fibers break and vesicles are left behind. Since the formation of these vesicles is migration-dependent, we named these structures as migrasomes. Migrasomes contain numerous luminal vesicles. Cellular contents such as luminal vesicles and cytosol can be released from the cell through migrasomes, a process we named as migracytosis.

Our recent work reveals that migrasomes play a key role in zebrafish organogenesis. We found that signaling molecules are packed into migrasomes and are released to defined locations by migrasomes, thus activating surrounding cells. In this sense, migrasomes can integrate spatial, temporal and specific chemical information which is required for coordinating the behavior of a community of cells during a complicated biological process such as embryonic development, the immune response, tumor metastasis, angiogenesis… In short, a migrasome is a packet of information with a specific delivery address, which mediates a novel type of cell-cell communication.

At the same time, migrasomes may also have other functions such as organelle quality control, lateral transfer of cellular contents and unconventional secretion.